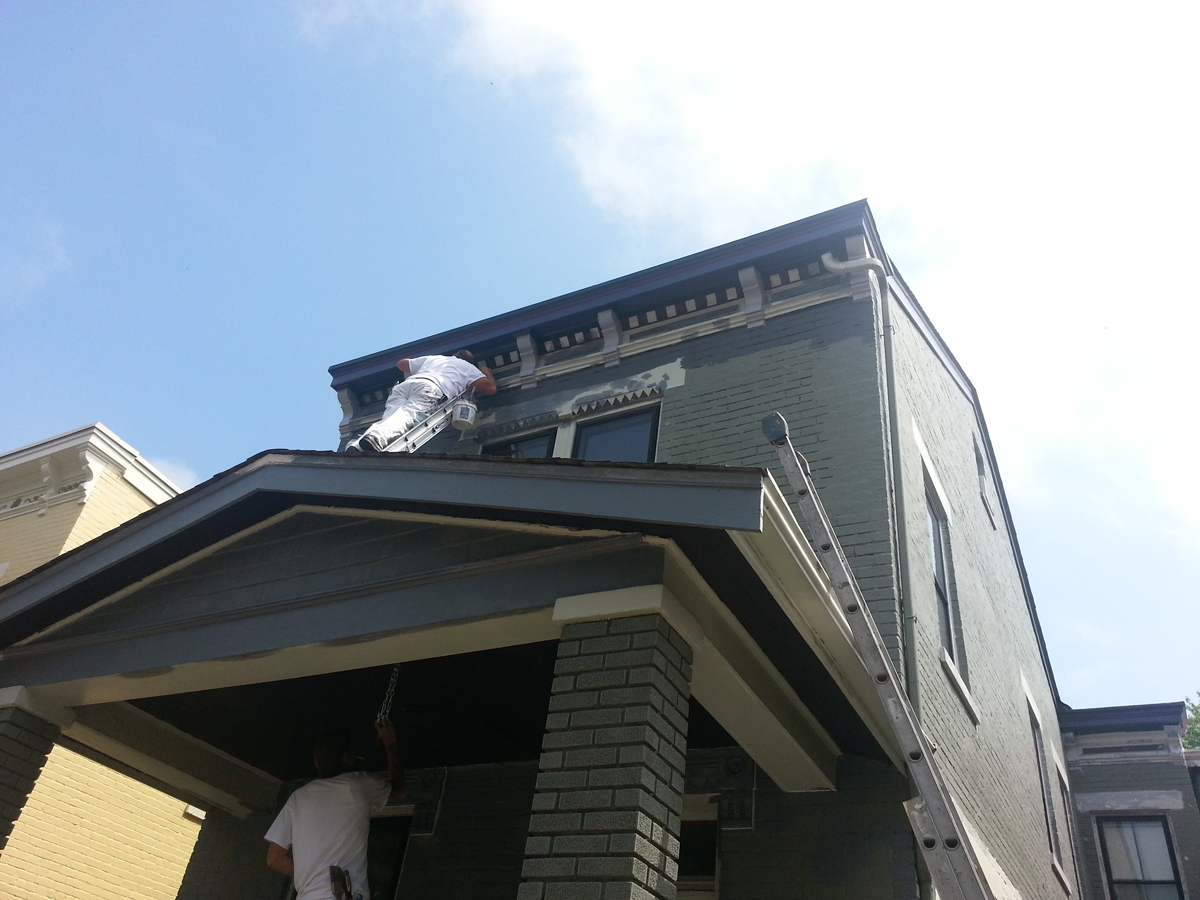 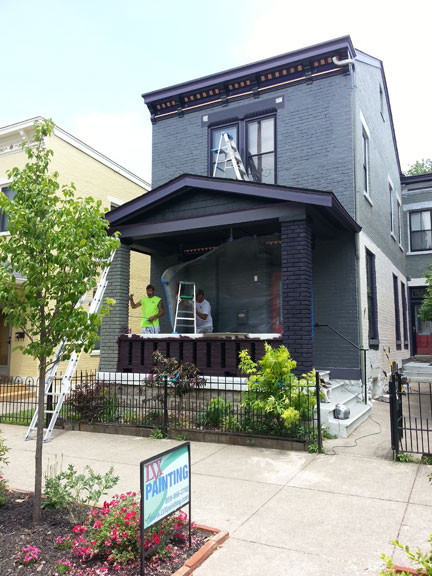 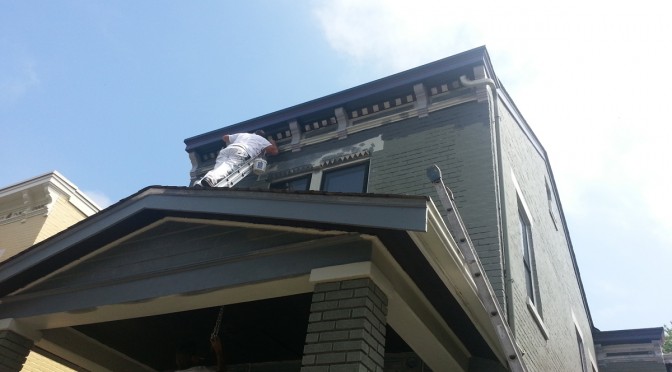 In a neighborhood of 3-story Italianate houses called “Mansion Hill” by the locals, the new homeowners of this 2-story brick home called to say that they wanted to have the stand-out house on the block. The house, originally known as the Kirker-Fischer House had history, an elegant interior and a rather plain exterior, compared with many of its neighbors.

The homeowners also said that they envisioned an all-black house. Fortunately they are not only bold, but have great taste, demonstrated by immediately approving a new color palette. The palette has lots of deep gray, dark purple tones and five different blacks, highlighted with metallic copper.

The house had been poorly maintained and quickly-rehabbed more than once. The carved stone details were filled in with several layers of old paint. The most recent repaint was fairly fresh, but in some places was barely attached to the brick substrate.

Lots of old paint was hand-scraped from brick walls and both stone and wood trim. The trim was sanded smooth and some mortar was replaced in the brick. Material-specific primers were used on all bare surfaces.

The details in the wood window trim were so badly scarred that it was impossible to bring them back, so we clad them with new poplar molding. Other carpentry projects included some minor repairs to the fascia boards plus a line of trim on the front porch roof to add another copper highlight to a very plain area.

After all this preparation and repair, the highly-detailed plan for painting took another two weeks. Meticulous attention was paid to the surfaces to accent each level and maximize the amount of visible detail.

The top coats were mostly Sherwin-Williams Emerald along with some Resilience. The project took a 3-person crew three weeks to finish. We knew right away that this was the project we were submitting for American Painting Contractor magazine’s Top Job Award, and we’re very pleased that APC recognized the Kirker-Fischer House as a winner in the category of restoration. 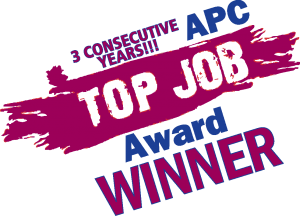